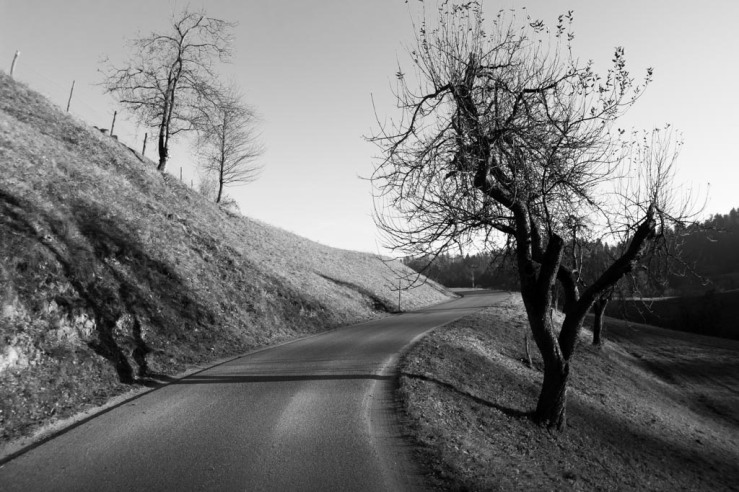 Slovenia is a beautiful country for cycling. In the country’s idyllic green landscape you can find many quiet roads where hardly any cars go. Conclusion: Slovenia’s best cycling infrastructure is its dense network of quiet country roads.

Slovenia’s worst cycling infrastructure is its actual cycling infrastructure. It’s wonderful that Slovenia is investing in biking, every year more bike paths are made, but the cycling paths in the country are not very suited to be used for riding a bike. It is especially unfortunate considering that building a good bicycle path costs just as much as building a bad one.

A good bicycle path is wide enough for cyclists to pass each other, is clearly separated from the road and the sidewalk, is safe at crossings and has a good road surface that is free of dirt and debris. This is an example of a proper bike path in Amsterdam. See further for the cycling paths in Slovenia.

The Slovenian bike paths are narrow, combined with the sidewalk, dangerous at crossings and often dirty or poorly maintained.

It are situations like these that make the bike an unattractive alternative for the car. 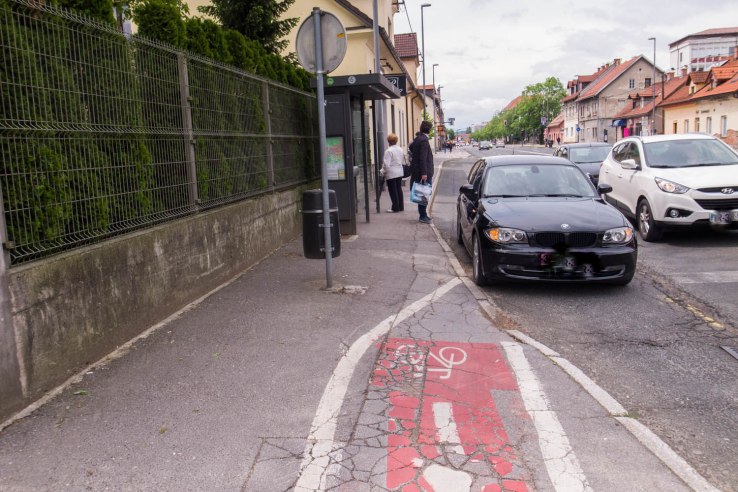 Room for the bus (and car), but where do bicyclists go?

If Trzaska Cesta goes straight, why can’t the bike path?

The situation 100 metres further on. A dangerous point created by a needless diversion of the bike path.

Another diversion. And what happens when cycling infrastructure is bad and illogical? Bicyclists go their own way. 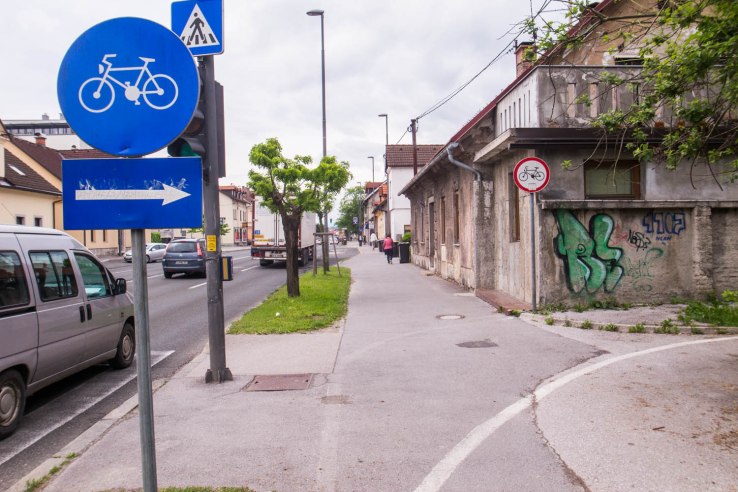 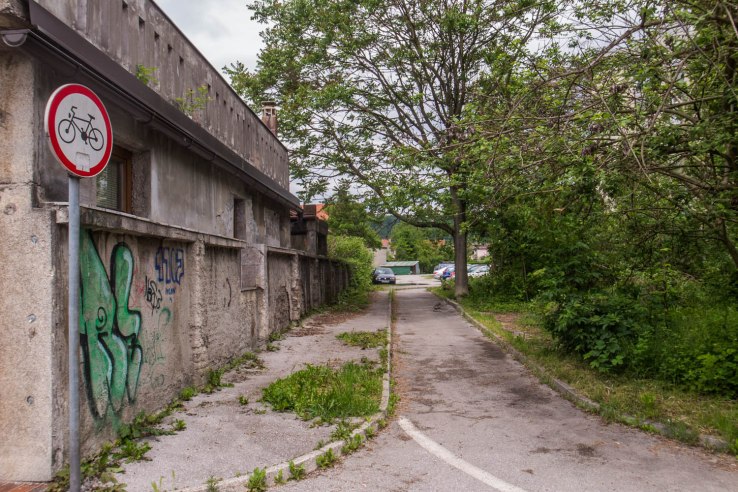 …and end up on this parking. Needless to mention that also here nobody takes the diversion.

The problem with bike paths

The most common kind of cycling path in Slovenia lies elevated next to the road. At crossings it lowers to road level. The common path is bumpy and therefore uncomfortable.

The common path is dangerous. Because crossings and exits are on the same level as the road, cars are unhindered when crossing the bike path. Nothing forces drivers to slow down and look if cyclists approach.The result, I (and with me many other cyclists) avoid these paths as much as possible, choosing the normal road over the bike path.

To end on a positive note, Slovenia is and will continue investing in cycling infrastructure. 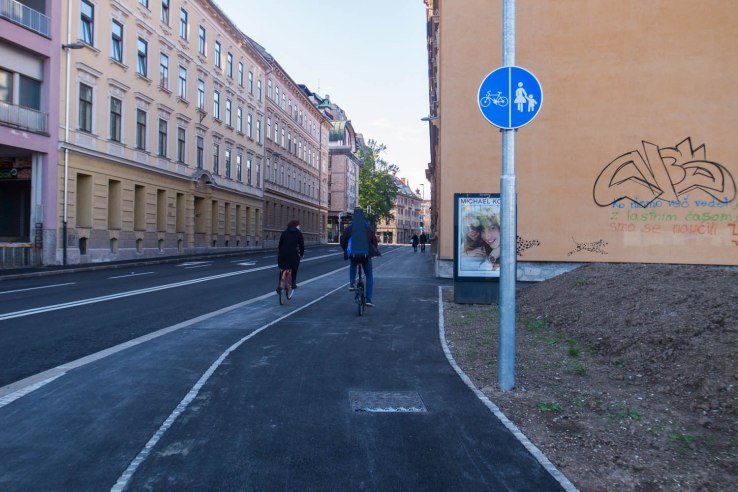 Until recently it wasn’t possible to go by bike on the most southern part of Slovenska Cesta in Ljubljana. A brand new bike path now makes that possible. Good things are happening, but please Slovenia, just get it right now. The costs are the same, but the results are so much better.