Anyway, Goriška Brda is a region that stands out for its miraculous landscape and delicious wine. Both of which can be enjoyed during a bike ride. 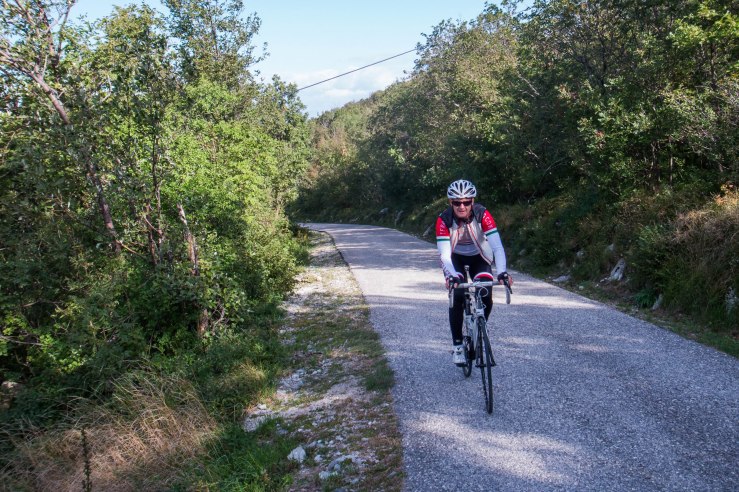 In the east of Goriška Brda stands the mountain Sabotin. A narrow road, almost devoid of traffic, leads to the top.

Sabotin was on the frontline of the First World War. In the Sixth Battle of the Soča in August 1916 the Italians conquered the fortified mountain. It took the Italians just 38 minutes to reach the top. If Strava would’ve existed then they might have gotten a KOM. 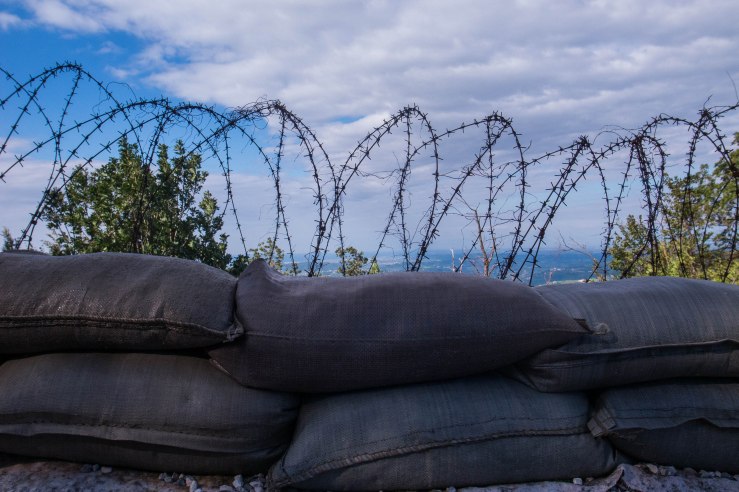 Because of its view over Gorizia and surroundings Sabotin was a very strategic mountain. But only for soldiers tall enough to look over the sandbags. 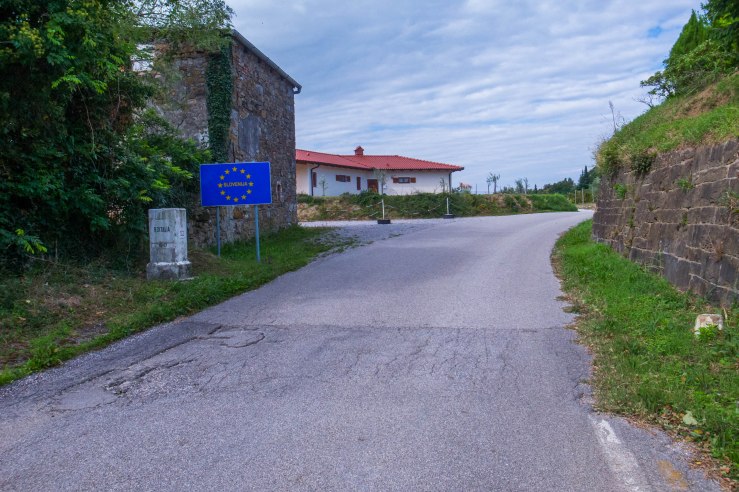 When you ride in Goriška Brda you can ride one moment in Slovenia. 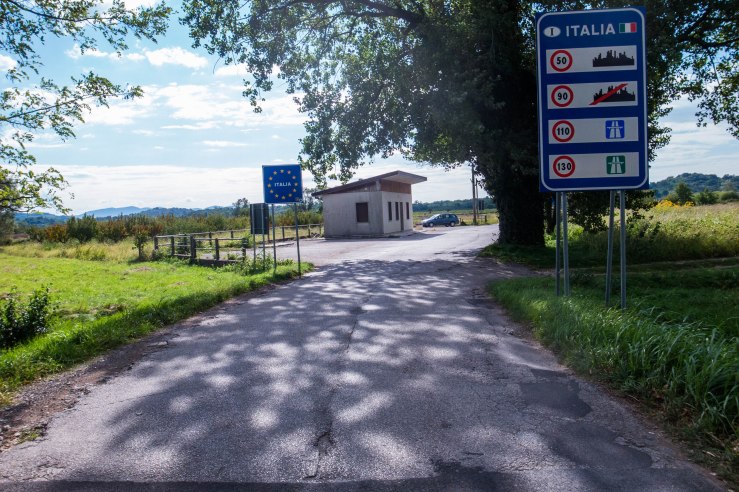 And the other in Italy. 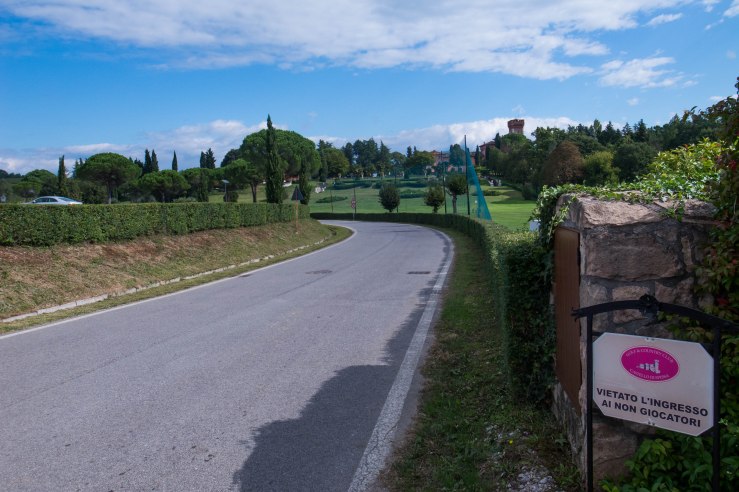 And the roadside in Slovenia. 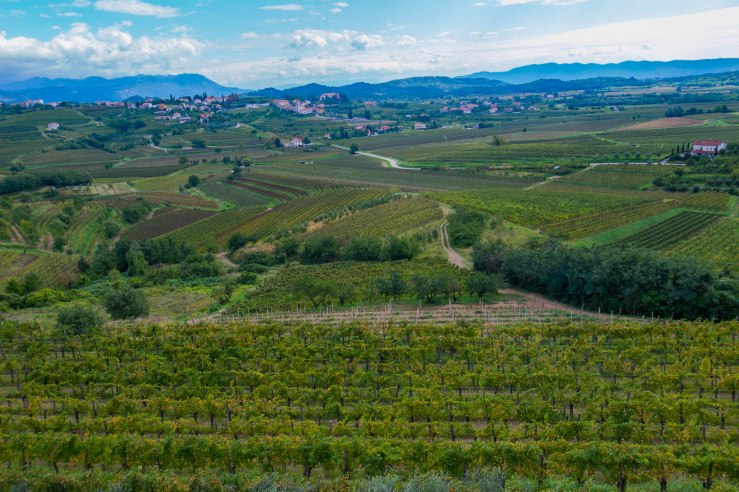 And be rewarded by amazing views of vineyard mosaics.

Best consumed in tiny quantities while riding a bike.

Višnjevik is a village without church, which is very rare for Slovenia.

But there is plenty of wine.