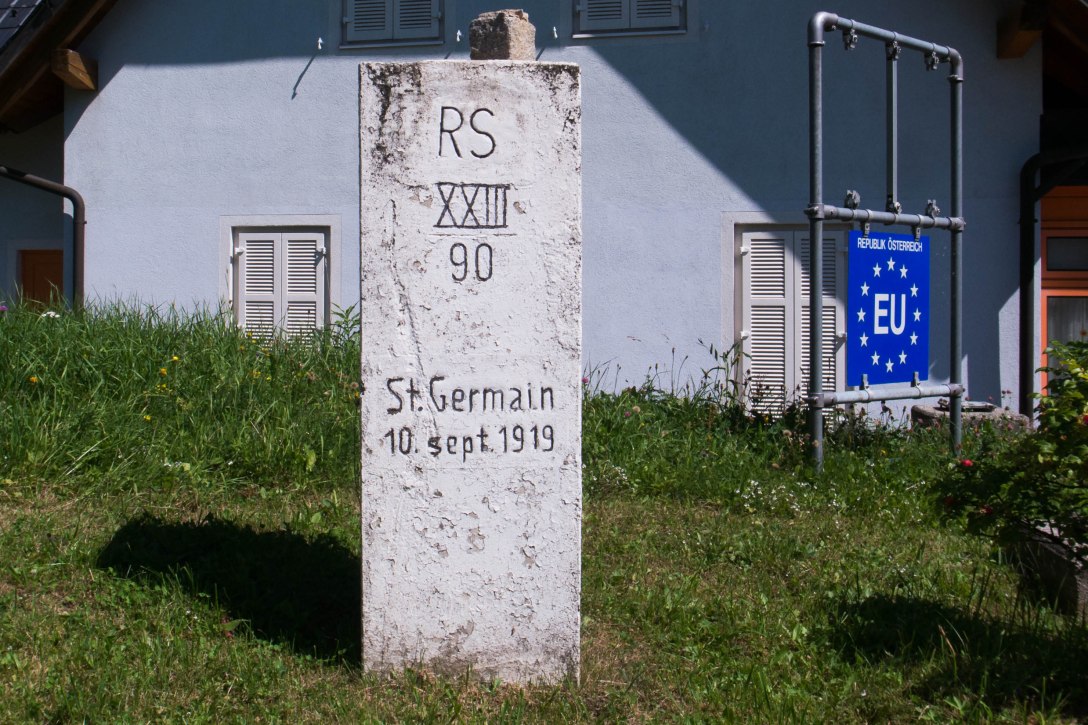 How small is Slovenia? Well, from capital Ljubljana you can ride your bike to each of its neighbouring countries in a day.

River Kokra is 34 kilometres long and in summer the water is just a few feet deep, not even reaching the knees of the fly- fisherman who throws a line in the clear water. It’s not much of a river but you can see that it once was. The Kokra streams through a narrow and deep gully which was carved out by its water. The rock walls are steep and high, and at the places where the walls open up, they reveal a view on the even higher Karavanken mountains. Through the valley a road has been laid out connecting the Slovenian town of Kranj with the Austrian town of Klagenfurt over the mountainpass Jezersko or Seebergsattel. The road is hundreds of years old, transporting people, goods and stories. It twists and turns following the meandering Kokra, sometimes crossing the water with a bridge. There are many bridges and next to many of them stand octagonal concrete bunkers. In each of their eight walls are narrow openings were German soldiers stuck out their rifles to protect the bridges during the Second World War. The road was that important then, now it’s a quiet and beautiful strip of asphalt over which the wheels of my bike sing while I descend from the Jezersko pass back towards Ljubljana. Woosh woosh… 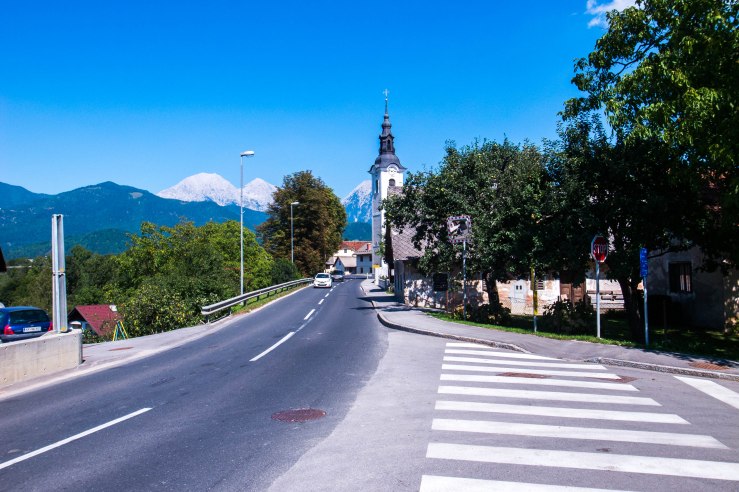 Flat roads lead to the Karavanken mountainrange which seperates Slovenia and Austria. 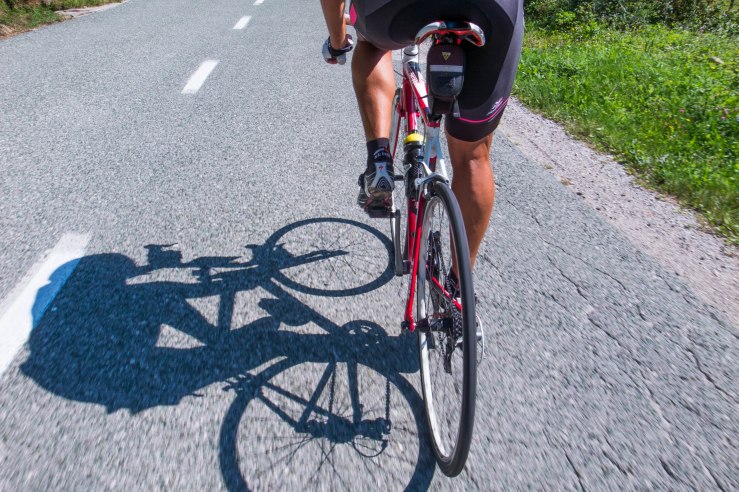 ,,May I join you for a while?” Of course! Till the first slopes of Jezersko pass I had someone to share work with and, more importantly, tell me the right way. 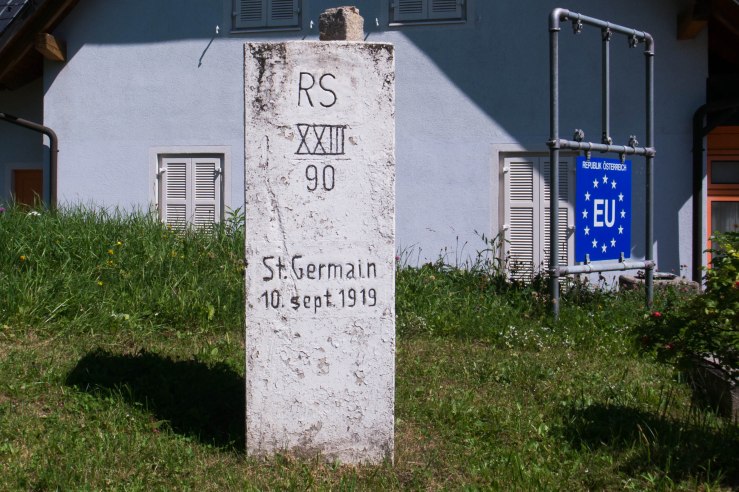 A hundred year of European history in one photo. The Treaty of St. Germain disolved the Austrian-Hungarian empire after the First World War. Present day Slovenia became part of the Yugoslav Kingdom of Serbs, Croats and Slovenes. Jezersko Pass became the border, marked by this stone. And today we’re all EU. 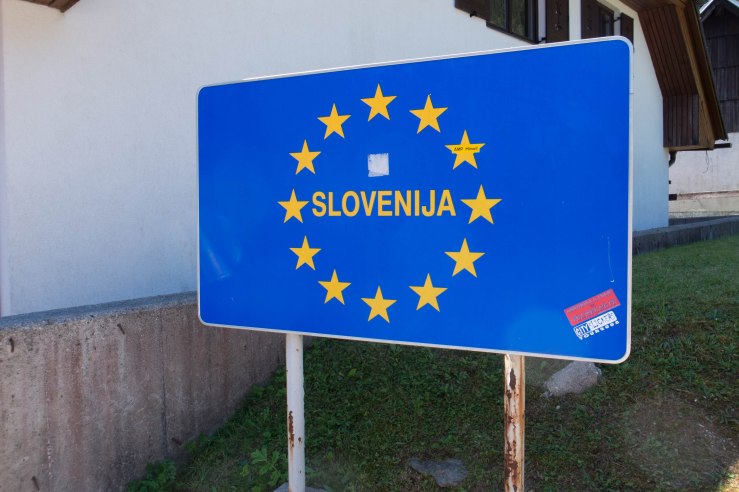 The road on the Austrian side seems to be made on the tunes of a Waltz. 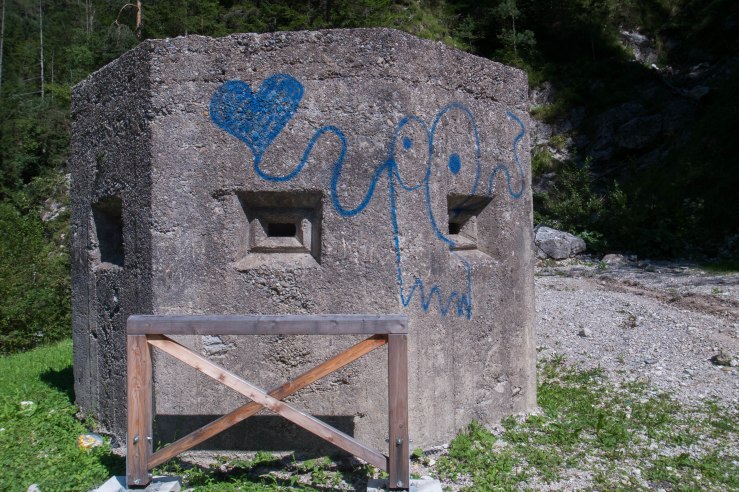 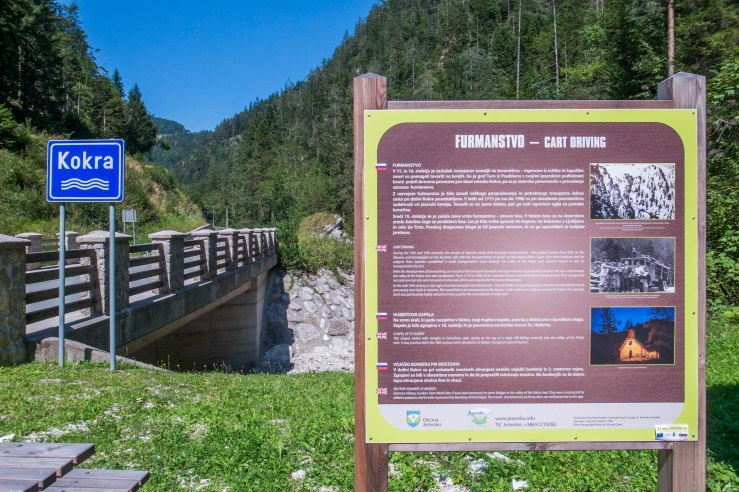