Marathon Franja is Slovenia’s most popular cycling event, with over 7000 participants. The event is named after the secret partizan hospital Franja that lies in a gorge above Cerkno. Franja was a fully equiped hospital were the patients, allies and enemies, were brought blindfolded. The hospital was never discovered during the war. The long tour of Marathon Franja passes through Cerkno but is still around five kilometres away from Franja. My mission for this week was to prolong the route of Franja to make my own Marathon Franja which does pass the entrance to the hospital. The hospital can only be reached by foot over a mountain path.

The official Marathon Franja will this year be on 14 June.

Ready for another tourist trip.

Cycling is rapidly becoming more popular in Slovenia. Even during weekdays you meet cyclists in the wild. 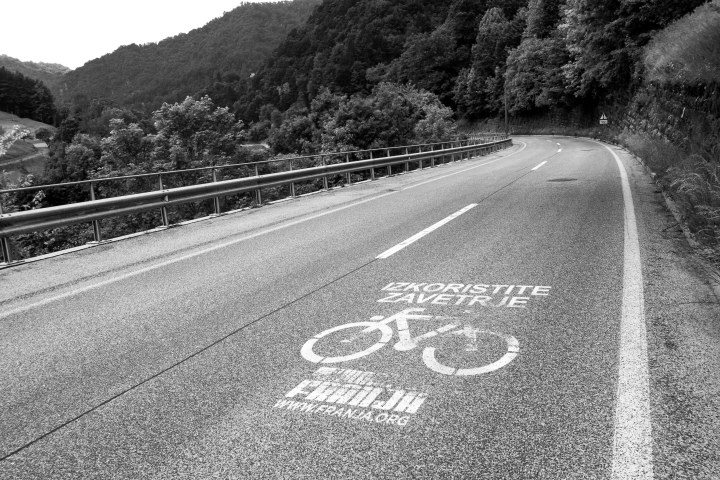 On the route of Franja encouragements and tips are painted on the road by the organisers. This one means: Use a windshelter.

The Germans were never able to locate hospital Franja. I guess they didn’t understand the signs.

This is the beginning of the path that will lead in to the gorge where the hospital is. 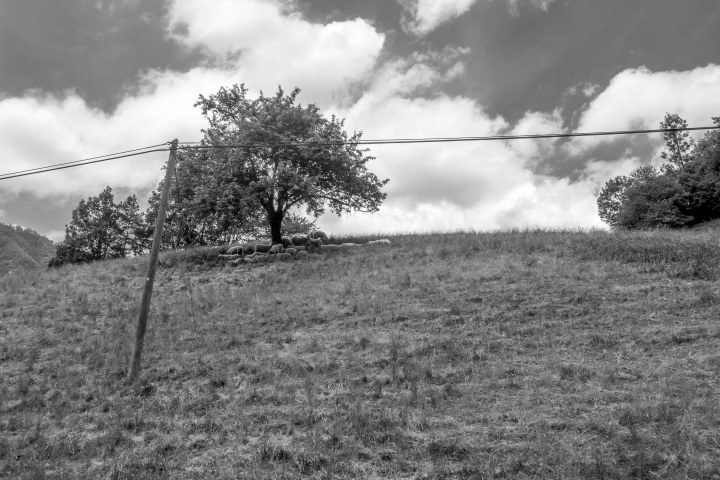 Sheep are most likely descended from the wild mouflon of Europe and Asia. One of the earliest animals to be domesticated for agricultural purposes, sheep are raised for fleece, meat (lamb, hogget or mutton) and milk. A sheep’s wool is the most widely used animal fiber, and is usually harvested by shearing. Ovine meat is called lamb when from younger animals and mutton when from older ones. Sheep continue to be important for wool and meat today, and are also occasionally raised for pelts, as dairy animals, or as model organisms for science. (Wikipedia) 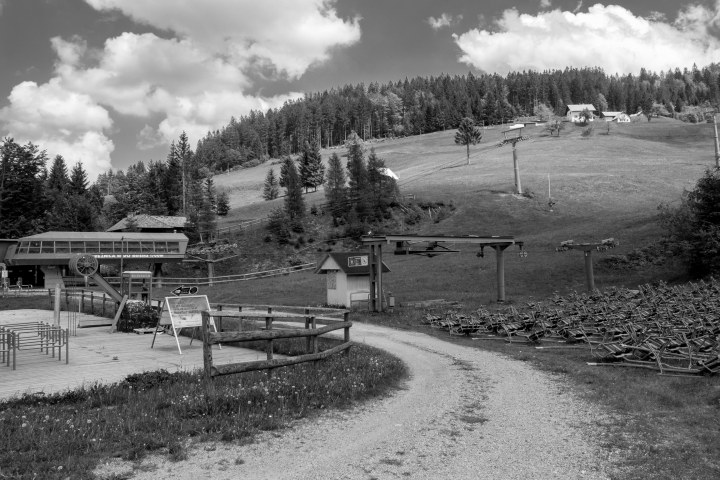 Cerkno ski resort is closed. Apparently, 25 degrees is too warm for skiing. 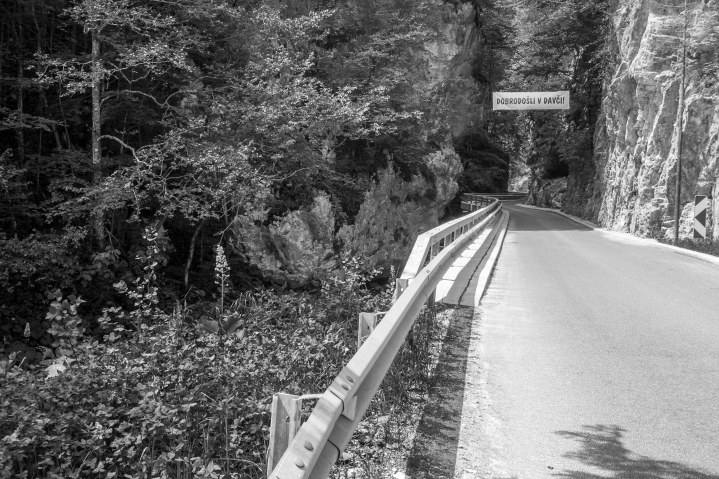 The road between Cerkno and the Secna valley literally cuts through the rocks on several places.

The right direction is to always follow your instinct.

Zelezniki has been known for centuries for its iron smelting. This is the old blast furnace from 1860, which is preserved in the centre. 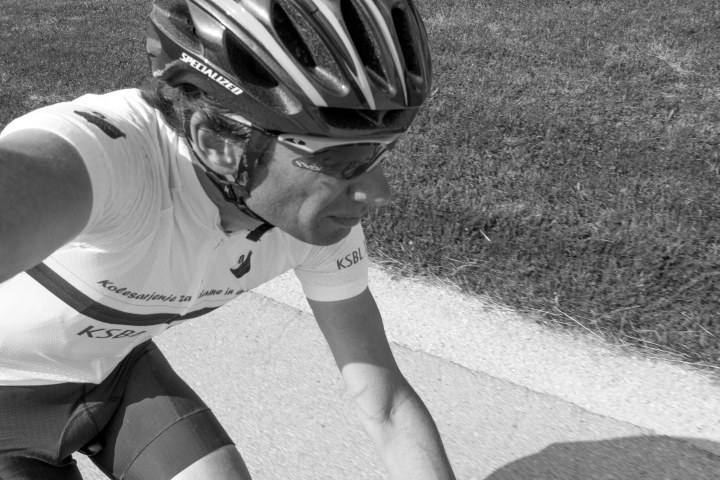