The small town of Bled is the flagship of Slovenian tourism. It’s famous for its lake with fairytale island, its medieval castle and its cream cake. Bled cream cakes are said to be the best there are. Bled’s history and legends date back hundreds of years, the cream cake’s history dates back only 60 years to the day when the former chef of hotel Park in Bled invented the ideal recipe for the cream cake.

I went by bike from Ljubljana to Bled and back again. Just to check if the famous Bled cream cake would deliver enough fuel for this 160 kilometre ride.

Vitis (grapevines) is a genus of about 60 species of vining plants in the flowering plant family Vitaceae.[5] The genus is made up of species predominantly from the Northern hemisphere. It is economically important as the source of grapes, both for direct consumption of the fruit and for fermentation to produce wine. The study and cultivation of grapevines is called viticulture. (Wikipedia)
The oldest vine in the world (400 years) grows against a building in Maribor. The age of this vine in the village of Stranska Vas is unknown.

The village of Hrastje thanks his name to the oak tree (in Slovenian Hrast).

Kranj is the fourth largest city in Slovenia. With less than 40.000 inhabitants many would call it a village though….

Kranj has about 200 metres of proper bicycle paths. 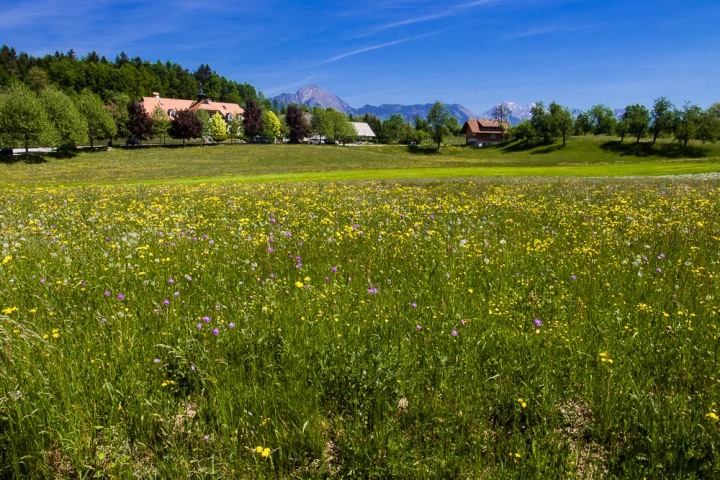 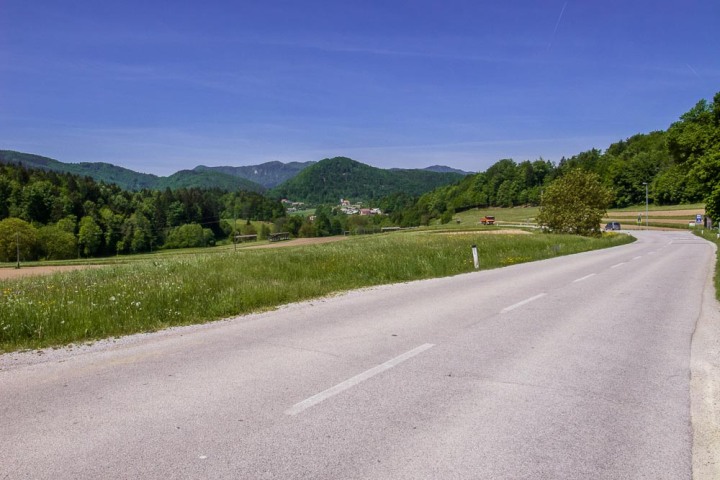 This is about as crowded as some of the roads in the countryside get.

In the climb to Jamnik you can always see where you came from. 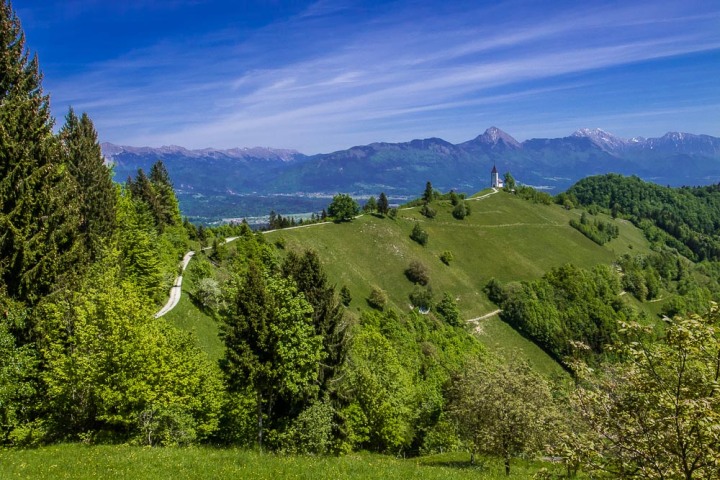 Slovenia’s most picturesque church, the Saints Primus and Felician Church in Jamnik. 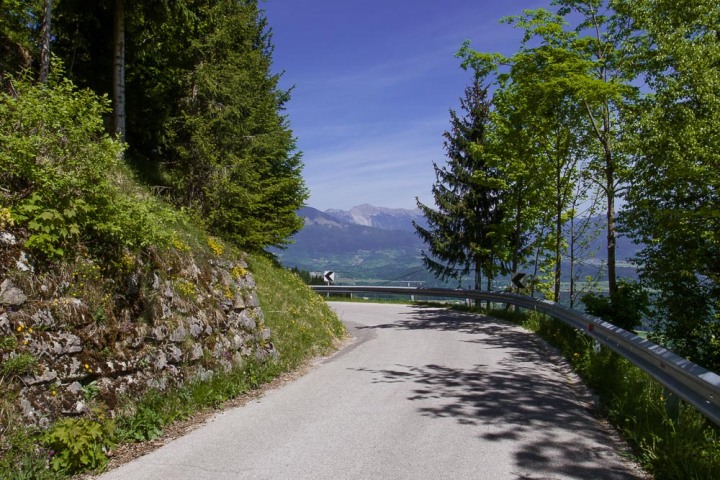 The direction ‘just straight’ is better not to be taken to literal in the mountains.

The municipality of Radovljica has the most sophisticated bike route network of Slovenia which consists of 122 numbered signposts.

High above the lake of Bled towers the oldest castle of Slovenia. 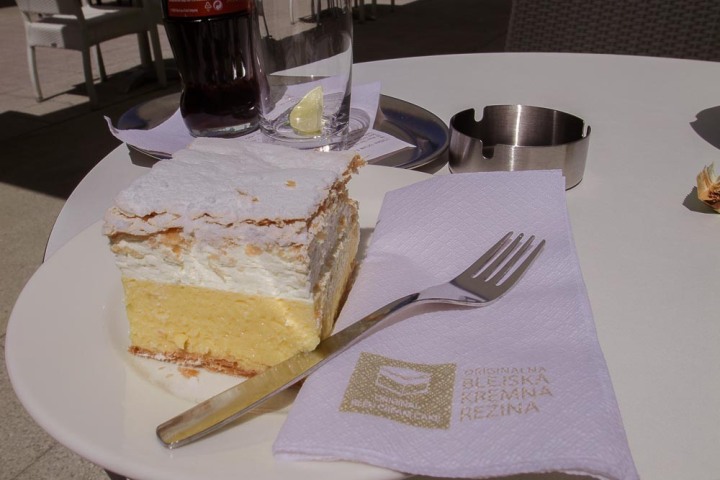 How fast can you eat a Bled cream cake? 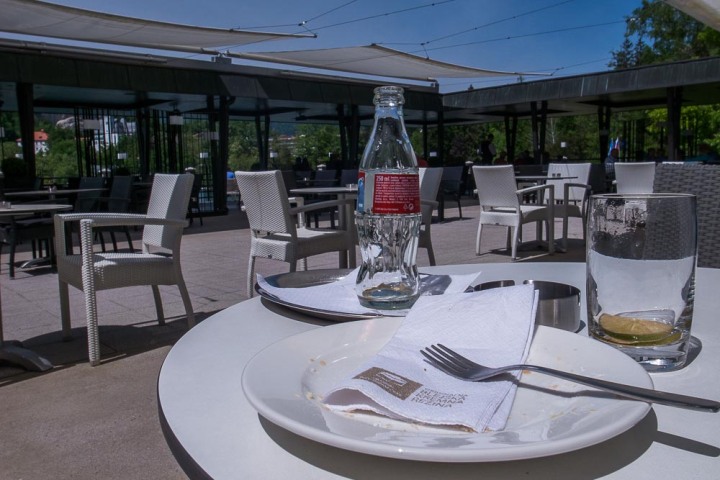 Contrary to a car, on the bike you can always see the engine.

Post ride, not hungry. There is plenty of fuel in the Bled cream cake.